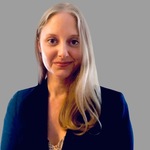 Sara has practiced law for more than 10 years and has focused on criminal defense her entire career. She has always believed that every person who has been charged with a crime deserves a zealous advocate who will fight for them, no matter the circumstances. After winning her very first trial over 10 years ago, she has never stopped fighting.

Sara has appeared in more than 60 different courts throughout Greater Metro Atlanta and North Georgia and has successfully handled over 800 felony, misdemeanor, and juvenile cases throughout the state.

She is an expert in cases involving juvenile and young adult clients and the special care their cases require. She believes that a single event should not define a person and works to resolve her cases in a way that the arrest can be restricted from her client's record, thereby allowing their court records to be sealed or restricted from public view.

Sara understands that not knowing what to expect, how your case will proceed, or how it will affect your future goals can make the legal process overwhelming, whether it is a felony offense or a traffic citation. Every client will have their own individual goals in resolving their case, and she strives to give each of her clients a better understanding and the means to achieve those goals.

As a result of her extensive experience, Sara has also written a bench and bar article on First Time Offenders and Alternative Sentencing which was published in the Cherokee Tribune.